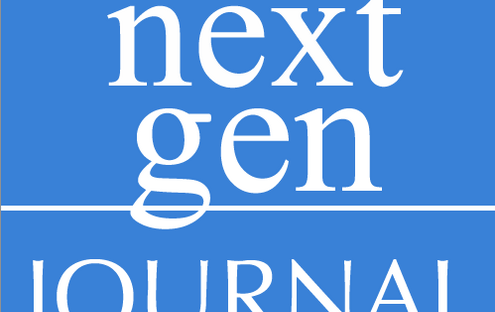 Originally posted on NextGenJournal.com. For original, please refer to: Avoiding the Sophomore Slump, from Someone Who Experienced It – NextGen Journal.

My first two years at Loyola Marymount University were exactly the opposite of what you’d expect: I thrived in my freshman year, but just survived my sophomore year. While there were plenty of factors that went into that, some far beyond what an incoming sophomore might typically face, there were definitely some growing pains that almost every student can take care to avoid. So here are the best three bits of advice I would want to impart to any students entering their second year looking to avoid that sophomore slump.

1. Be flexible in your friendships

Not every person you forged a friendship with last year is going to remain a friend the next year. This is, of course, a recurring theme in every year of life, but it’s especially prominent when coming off your freshman year. People grow and change significantly in college, and often, that growth in your sophomore year can send people you once felt very close to in a completely different direction. If you’re feeling that separation growing and you think it’s not a momentary bump in the road but rather indicative of a greater trend, don’t fight it. Roll with it. Make peace with it. But most importantly, don’t let it impair you from making new friendships.

Believe it or not, you didn’t meet everyone worth their salt in one year. Even on the smallest college campuses, there are always more people to meet and get to know. You won’t like all of them, of course, but many of them you will. Some you’ll even love. Some will likely even surpass your freshman friends in how close you get to them. College is a four-year experience for a reason. Speaking of which…

Guess what? You’re done with 25 percent of your four-year college career! Doesn’t it feel like it was just yesterday that you were moving in for your freshman year? Well, rest assured, sophomore year goes even faster, and at the end, you’re left wondering, ‘Where did half my college career go?’ It’s a feeling somewhat akin to getting punched in the stomach.

There’s no time to waste a single moment. No matter what school you go to, what you’re involved in or what you’re studying, you’ve got to seize the moment and do things you’ve always wanted to do. Don’t blow off your work, but also don’t let it be an impediment to doing what you want to do. You’ve got a limited amount of time, so use it well!

Most colleges require a declaration of major by the end of sophomore year, so there’s no better time to start figuring out what you want to do with your life. What classes have you taken that interested you? Continue learning about what inspires and drives you, and find career opportunities within that area. Be ready for every shift in the winds – even if you’re majoring in something else (say, screenwriting) but you’re given an incredible opportunity (say, the Arts & Entertainment Editor position at your campus paper) that launches you in a totally different direction (say, towards journalism – not that I’m taking all these examples from anywhere in particular, no sir).

Last year taught me that you can never be quite sure of where you’re going to end up, especially in college. Think of sophomore year as a transition year on a television show. The cast may change some and there may be a new theme, but you’re invested, and you’re not gonna bail any time soon. The only thing you can do is brace for what’s to come and watch what happens.

Originally posted on NextGenJournal.com. For original, please refer to: Being Bisexual in College – NextGen Journal.

It’s a question I hear more often than I’m comfortable with. Even more uncomfortable is the number of times people answer ‘no.’ As someone who identified as bisexual after first coming out of the closet, I’ve personally seen the skepticism in friends’ eyes as I came out to them. Constant confusion about my self-identification and whether others believed in my attraction to women led me to dropping calling myself bi entirely and identifying purely as gay during my sophomore year.

That decision is one I deeply regret, but given the chance, I would probably make once again. When pressed to explain, I have a little prepared speech about being a ‘functional bisexual,’ but that I’m not very emotionally attracted to women. Of course, that only causes the inquirer’s eyes to glaze over. So calling myself gay is simply easier. The problem is that sexual identity isn’t supposed to be about convenience, for others or myself.

Bisexuality is perhaps the most misunderstood mainstream sexual orientation – almost everyone knows the term and uses it, but almost no one fully grasps exactly how bisexuality works. Is it a 50-50 split? Is it all about sexual attraction? What part does emotion play? Or dating habits?

What is it about bisexuality that perplexes society so? My theory is that it’s about our binary culture. In a world where you’re expected to be red or blue, left or right, yes or no, etc., it can be hard to swallow an ‘option C.’ Even the gay community as a whole often doesn’t have the highest view of bisexuality – the common complaints are of using ‘bi’ as a transitional term on their way to a more absolute sexuality, or that they’re really just experimenting. They’d rather see an absolute answer versus somewhere in the middle.

As a society, I’d say that America is afraid of the middle. Look at this current presidential election: Republican candidate Mitt Romney is being harangued by the far right flank of his party to appeal to the conservative base despite his more centrist, moderate roots. By that same token, someone who doesn’t want to be pinned down into one of two sexual norms is confusing and challenging. So instead of trying to understand bisexuality, society simply shuns it.

I like to think about bisexuality in terms of Kinsey. Alfred Kinsey, that is. Don’t know him? You should; he invented the Kinsey scale in 1948. The seven-point scale is used to measure how homosexual or heterosexual a person is. The lower the number, the ‘straighter’ someone is, and vice versa. Zero is completely straight, and six is completely gay. Most humans fall from one to five. Three is completely 50-50 bisexual.

Personally, I’d put myself at five. I know fellow gay men who would rank at four or five. I also know self-identified straight men that would rank at one or two.  But I’m not sure I know anyone at either extreme. I don’t even know a pure bisexual three. So almost everyone I know is somewhere in the middle. It’s no wonder Kinsey isn’t that well-known nationwide – his system would force almost all people into an area they just aren’t comfortable with.

My grand idealistic hope is that one day, sexuality won’t have to be labeled – people will just be with who they want, without regard for arcane social norms. But I’m not very idealistic; I don’t think that future is coming any time soon. So here’s my hope in the meantime: if it tickles your fancy, allow yourself to let go in college.

Truly, there’s not a time in life that’s better suited for experimenting – college is meant for discovering things about you. Plus, there are already many cases of girls making out with other girls – it’s glorified by straight men in society. So let’s just apply that same precedent to everyone. Don’t be shy about your urges – no time like the present to seize the day and learn something about yourself. It’s not all about experimenting sexually, either – you can go out on a date and appreciate new, wonderful emotional connections.

For those of you who aren’t as inclined to experiment, don’t worry, we won’t judge you; that is, of course, assuming you won’t judge us. It’s a two-way street. Not everyone is bisexual, and not everyone should be expected to be. But as long as society still judges it, we’ll still have a major problem.

So until a bigger ideological shift comes along, let’s try this plan on for size.  After all, as Woody Allen once said, “Bisexuality does double your chances for a date on Saturday night.” I, for one, could use more Saturday nights out on a date. Couldn’t you? 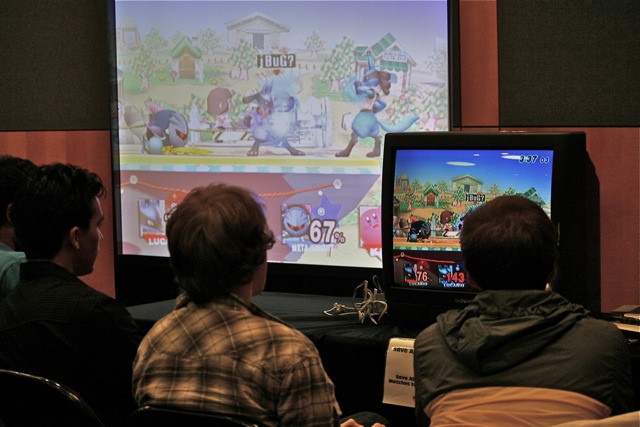 As a freshman, I bonded most with my floor because of “Super Smash Bros. Brawl.” The Nintendo Wii video game, the third in the massively popular series that brings dozens of game mascots together to fight it out, was a major common ground for all the guys on the third floor of Del Rey South last year. If you wanted to hang, you had to be ready to play. It was a little like “Fight Club,” only with Pikachu instead of Brad Pitt.

For most of second semester, playing “Smash” became a part of the daily routine. Occasional Friday or Saturday nights would be spent on giant “Smash” marathons. As can be imagined, everyone on the floor just got better and better at playing. But what was much more remarkable was how much closer everyone got through the experience.

Unsurprisingly enough, “playing video games with your floor” is never on the list of recommended friend-making techniques counselors and First Year Experience staff members spout off at the beginning of the year. Truth be told, the image of a bunch of guys crammed in a room, staring at a TV screen doesn’t quite scream “COLLEGE!” like chiseled and smiling students throwing a frisbee around on the Sunken Garden. But for many guys (and a few girls, too!), video games like “Smash” were a big part of their childhood, and thus can be an even greater bonding experience later in life.

The general consensus among concerned adults and grumbling congressmen and congresswomen is that video games are a solely solitary experience among youths today with no hope for socialization. The preferable option, it would seem, would be getting out into the neighborhood with the other kids, grabbing the ol’ baseball bat and glove and playing ball.

While potentially still practical in the New England area, where neighborhoods are still most likey to be close-knit and kids still live in close proximity to one another, many West Coast cities (and, speaking from experience, big cities in Texas) are too spread out with too many kids stuck in separate pockets of suburbia to make such backyard baseball fantasies viable. (Perhaps to substitute for this experience, Humongous Entertainment created the computer game “Backyard Baseball,” and I, for one, think I got the better end of the deal there. I’ll take playing as superstar Pablo Sanchez over attempting to actually hit a ball myself any day.)

So kids in today’s world prefer playing on a video screen than a city street. Does it really stunt their social growth that significantly? Well, maybe, if it consumes their entire life. But the experience of video games in childhood can be a boon to future college students looking for an easy way to bond with their new friends that transcends origins, gender, race, sexual orientation, etc. It was perhaps the greatest uniting factor on my floor and even helped one girl bond with her future boyfriend – they still play video games together to this day.

Experiences like these prove that video games aren’t just a solitary experience anymore. They’re meant to be enjoyed in groups, discussed among friends. They’re meant to be a source of screaming and hollering, of joy and frustration. In short, they are the new backyard sports – communal experiences among youths that bond them together – and they aren’t going away any time soon.