Originally posted as part of Road to the Gold, an Oscar blog on LALoyolan.com. For original, please refer to: Mary J. Blige is NOT happy: The Best Original Song blunder – Los Angeles Loyolan: Road To The Gold. 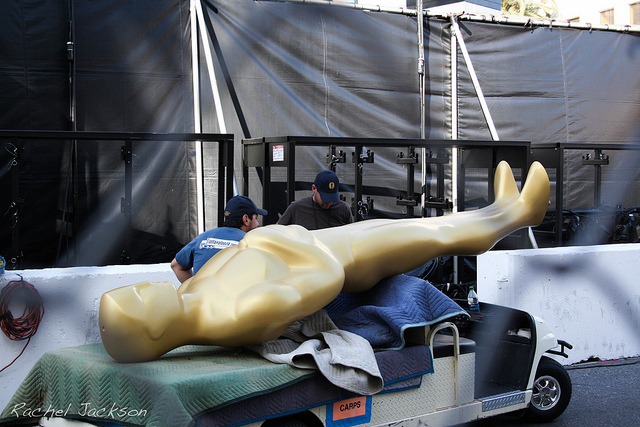 There is no category at the Academy Awards more simultaneously wonderful and embarrassing than Best Original Song. The category that has given us classics like Celine Dion’s “My Heart Will Go On” and The Swell Season’s “Falling Slowly” has also ignored powerful stuff from the likes of Bruce Springsteen and Cher in favor of more standard Randy Newman songs and the “we liked that?” musical hangover that followed “Jai Ho.”

This year’s Best Original Song competition is no change from the sordid past. While one of the songs nominated, “Man or Muppet,” is a lot of fun, the other is a minor track from “Rio,” the movie best remembered as finding a way to make Anne Hathaway even more animated than in real life. Ignored by this year’s voting body are some of the best tracks from “The Muppets” and Mary J. Blige’s soul anthem “The Living Proof” from Best Picture nominee “The Help.”

It’s likely “Man or Muppet” will emerge triumphant come ceremony time, but it will join a line of unremarkable songs that failed to make an impact on pop culture at large after winning the Oscar. The award hasn’t had much prestige ever since Three 6 Mafia took gold for their “Hustle & Flow” contribution “It’s Hard Out Here for a Pimp,” and recent history doesn’t indicate a change coming any time soon.

The problem lies with the voting system. It is the only branch of the Academy that allows members to vote against other songs, and a special provision made last year permits anywhere from two to five nominees. In other words, it is the least consistent category at the Oscars. Hence, it’s somewhat of an embarrassment for the Academy to keep the category in existence.

If Best Original Song is going to remain a competitive category, something needs to happen to the rules system sooner rather than later to make it friendlier for future classic songs and dynamic live performances at the Oscars. Perhaps a better selection committee or revised voting procedures could save the category. As it stands right now, it’s nothing more than an awkward footnote.