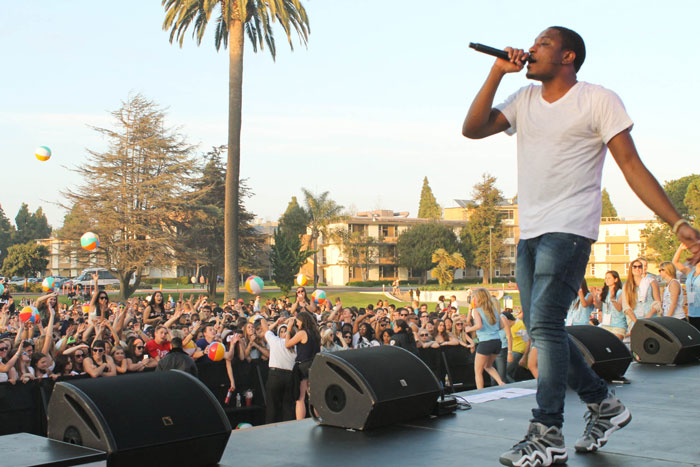 According to Thompson, Chiddy Bang was a “student-driven” choice – though another hip hop act resoundingly supported by students, Macklemore, wasn’t available. Thompson said that ASLMU actively attempted to book Macklemore, but was unable to do so due to budget and scheduling restraints.

Chiddy Bang, a duo known for its songs “The Opposite of Adults” and “Mind Your Manners,” is the first full-fledged hip hop act to play CollegeFest in several years. Previous years featured bands like Gym Class Heroes and The Bravery, as well as house music act Steve Aoki.

When asked about potential controversy with a hip hop act, Thompson said that their contract includes a clean show clause. Thompson described Chiddy Bang’s material as “pretty clean.” The duo has also performed at other colleges, including the University of South Florida and Virginia Tech University. YouTube videos of performances at those shows, however, include profane language, indicating that LMU’s clean show clause may not be standard of college shows.

Beyond the music, Thompson said CollegeFest has been envisioned as more of a “festival” this year than in the past, with food trucks, giveaways and a beer garden planned.